Before entering a house, most of us leave our shoes behind. But if you notice the people of the United States Of America, they like to wear shoes in the house.

Now you may be thinking, why do Americans wear shoes in the house? Well, there are several reasons why Americans don’t like to leave shoes inside their house.

In general, comfort and culture are the two key reasons Americans wear shoes in their house. They are always looking for maximum convenience, which transforms into their culture.

Along with these reasons, there are some other reasons that may shock you. Go through the entire context to explore all the reasons behind Americans wearing shoes in the house.

Do Americans Really Wear Shoes In The House? 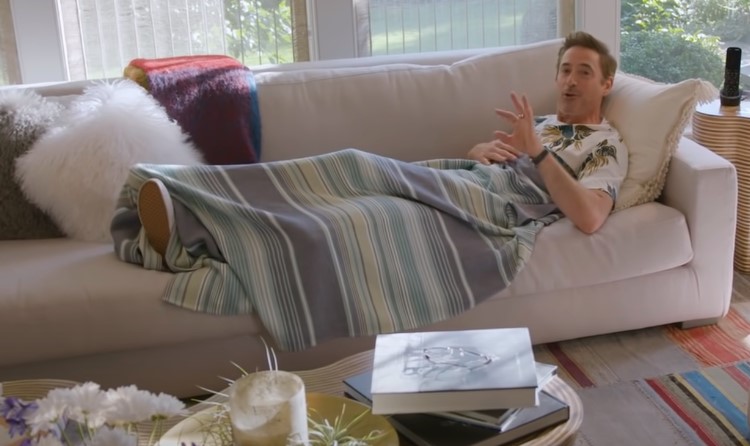 A few exceptions can be found in some places that often use the same shoes both indoors and outdoors. This is because the roads of the USA are so clean that their outdoor shoes won’t get dirty.

However, if you consider the overall population of the United States of America, some individuals may like to wear shoes in the house, or some do not.

Why Do Americans Wear Shoes In The House?

As we said earlier, several reasons work behind Americans wearing shoes in the house. Here we have talked about some significant reasons. Let’s see what these are:

Wearing shoes in the house usually comes from their cultural practice. For example, people in the United States like to wear shoes indoors, while people in other states, like Northern Europe, are not.

Northern European people considered wearing shoes indoors rude and unhygienic. On the other hand, most Americans prefer to wear their running shoes casually and indoors, and they don’t think it is a sign of disrespect.

However, like Asians, Americans don’t believe you’re disrespecting the owner if you’re not taking off your shoes while entering someone’s house. They prioritize the comfort of their guest.

Walking barefoot around the house, especially if the floor is not carpeted or tiles, can lead to a high impact on the feet. To protect the feet from such impact, shoes come into play.

When any American walks around the house, the shoes absorb the pressure of the surface, making them feel soft. Typically, they like to wear shoes in the house due to the two conditions: very high foot arches and collapsed arches.

If any individual has too high foot arch, the foot will have extreme contact with the surface, causing foot pain. In contrast, collapsed arches lead to foot injuries when walking barefoot in the house.

Now, this behavior has become familiar to almost all Americans, and everyone values each other’s comfort. Additionally, the fast-paced lifestyle makes the American people think taking off shoes is unnecessary, especially when inside the house.

For that, they don’t leave their shoes when visiting someone’s house or returning to their own house.

Most Americans live in large houses designed with many floors. Going from one floor to another barefoot is not comfortable. For that, they wear shoes inside the houses for comfort and relaxation in walking around the houses.

Additionally, Americans spend most of their time outdoors, such as in the office or driving. That’s why they think wearing shoes inside the house is normal. Over time this habit turns into their regular norm.

The United States of America is regarded as one of the cleanest countries in the world. The roads of this country are quite clean and mud-free compared to any other country.

For that, they can easily use outdoor shoes in their house. Besides, professions and job nature ensure their shoes are not muddy or dirty.

People who are suffering from chronic foot odor problems usually like to wear shoes inside the house. Excess sweat inside the shoes causes foot odor, which will be unpleasant for other people.

Typically, tight-fit shoes increase the temperature around the feet, causing sweat. For that, Americans who have this problem wear shoes as a mask for unpleasant odors.

At the same time, some Americans prefer to wear socks to reduce excess sweat and keep the shoes loose. This helps them to walk wearing shoes inside the house.

Wearing shoes in the house can be a personal reason for Americans. Some people think removing shoes when entering any house is a waste of time. For this realization, most Americans create a habit of not leaving shoes outside the house.

Additionally, they like to provide full freedom to other people. For that, when anyone comes to their house, they ensure the maximum for the guest by not asking to leave their shoes.

Should You Wear Shoes In The House?

The research found that shoes are the ideal medium to carry bacteria and other microorganisms. Tiny micro bacteria or viruses can easily stick to the sole of shoes. 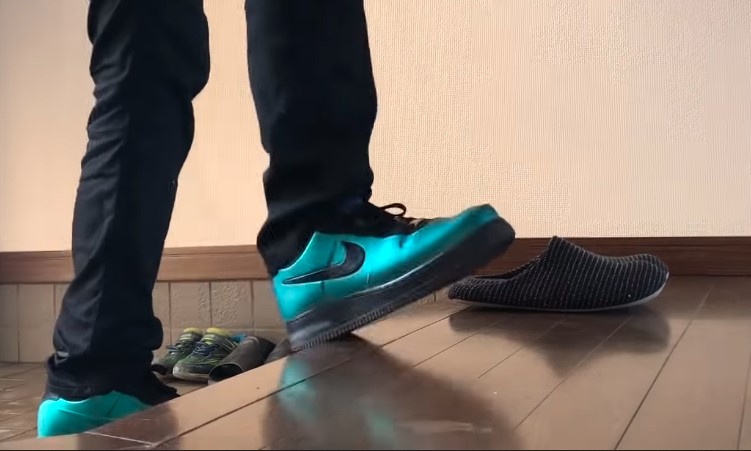 The situation will worsen if the area the shoes wear is not clear, instead full of dust and mud. So, it is a bad practice if Americans or any other people wear outdoor shoes in the house, especially returning from dirt and mud areas.

Ordinary people are curious about Americans wearing shoes in the house, which raises several questions in their minds. That’s why here we have explained some frequently asked questions regarding this.

Is It Rude For Americans To Wear Shoes In The House?

No, Americans believe wearing shoes in the house is normal. Even they prioritize everyone’s comfort. For that, don’t tell anyone to leave shoes while entering the house. However, wearing shoes in someone’s home is rude if they prefer to remove the shoes.

Do Asians Wear Shoes In Their House?

What Will Happen If You Wear Shoes For A Long Time?

Just like other parts of the body, feet also need to breathe. So, if you wear shoes for a long time, your feet’ skin can’t breathe properly, causing bacteria and fungus growth. As a result, your feet will make sweat which leads to severe fungus infection on your feet.

This is all about: why do Americans wear shoes in the house? You might have understood the reasons behind Americans wearing shoes indoors after reading the entire context.

Typically, culture plays a crucial role in anyone’s lifestyle, and the people of the United States of America are not exceptional. The culture of the Americans makes them feel comfortable wearing shoes inside the house.

They don’t think wearing shoes indoors is showing disrespect to others. There are some other reasons Americans wear shoes indoors, such as to protect feet from injury and be odor-free, geographical locations, and personal reasons.

Hi, I’m Nichelle Brown, the owner, and editor of this site, Feetfellow. Professionally I’m a fitness expert and businessman. Besides my profession, I love to research and write on different aspects that I’m dealing with in my everyday life. I have a footwear business where I sell various types of shoes. From my curiosity, I started research on the products I was trading in my shop. After conducting several research and surveys, I found that most people don’t know how to benefit from specialized shoes. So I started doing more research and writing on it, and “Feetfellow” is the output of my extensive research in this category.